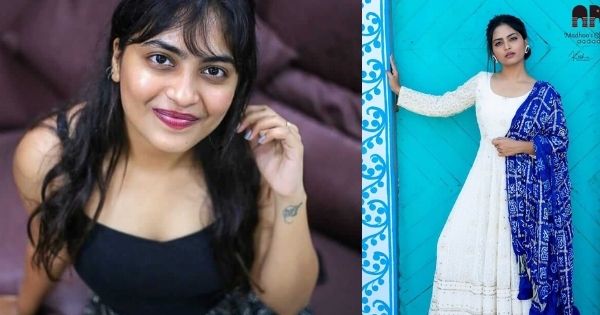 Bigg Boss Telugu Alekhya Harika aka Dhetadi Harika is an Indian YouTuber. She is well known as Telangana Pilla from her channel Dhetadi by Tamada Media. Her first video Frustrated Telangana Pill, a video inspired by Pyaar ka Punchnama monologue, dropped two years ago which managed to cross a million views in a very short time. She is now a big boss telugu 4 contestant.

Harika was born on 4th September 1997 in Telangana. She did her engineering from st marys college. Before Dhetadi, she was working for Amazon. She says she was looking for a creative field to switch. Her friends who spotted her passion for acting introduced her to Tamada Media and got launched through Dhetadi. As Dhetadi gained great popularity through the first video itself, she then quit amazon and continued working with Tamada Media.

Alekhya Harika’s is a Virgo (Zodiac Sign)
She has Black eyes.
Her mother is Mrs. Jyothi
She has a Brother named Vamsi.
She loves dancing and actively participates in performing.
She loves dogs and is often seen spending time with her friend’s dogs adoring them.

Harika’s first video was a total hit and got her a huge response. She makes videos related to real-life issues, situations in a comedic way with her own twist to it. Dhetadi is one of the most loved and watched series/ Channels of Wirally. The Channel now has 1M plus subscribers and Harika has 411k followers on her Instagram.

She was a part of the movie Aditya Verma ( A Tamil remake of Arjun Reddy).
She also worked in the short film, Ningi Nela.

Harika has performed in the Youtube fanfest 2019.
She has also attended the alien’s fest held at Bits Hyderabad.
She has also attended the Facebook creator’s day meet.
She gave a TEDx talk at Jntuh ( Jawaharlal Nehru Technological University Hyderabad.
She is also seen in other videos of Tamada Media’s productions, along with Nikhil, jones, and other performers from the same team.
She won the Best Comedy Content Creators for Regional category in the Social Media Summit and Awards 2018.